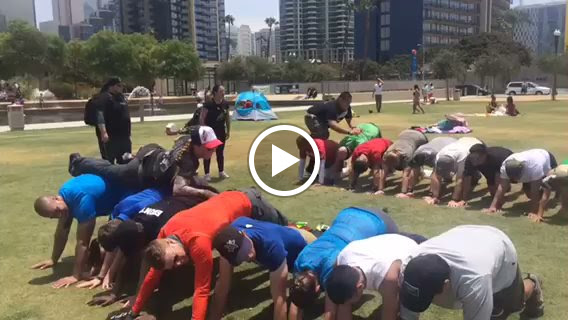 The first competition has concluded in the californian Urban Ops. The challenge was an incredibly intense "Over/Under Tunnel of Love". Thankfully everyone survived! See video!

The faction receiving the award was the ... Resistance!
Well done, more soon.

NOTE: For those unfamiliar, these Intel packages contain vital locations within the game of +Ingress that allow players to gain early access to strategic points on the field of competition. This can have a profound effect on the battle.
Aegisnova goruck Pooja Srinivas (Seeker) ruckgress

The Resistance put on a strong showing in APAC, now it’s time for Athens, Genoa, and Lisbon to enter the fray!

Originally shared by Ingress The Resistance put on a strong showing in APAC, now it’s time for Athens, Genoa, and Lisbon to enter the fray! You can follow along for raw scoring data at http://bit.ly/DarsanaPrimeScores but check here for the official scoring updates!

Originally shared by Pokémon GO Attention, Trainers: Our Water Festival starts NOW! Time to set sail and enjoy 3× Stardust for catching Water-type Pokémon. You might even stumble on a Shiny Shellder… https://pokemongolive.com/post/waterfestival2018/

Originally shared by Ingress Agents, As we continue to forge ahead with our 2019 priorities in Ingress Prime, we wanted to give you a behind the scenes look into the completion of one of our large parity features: Tap Disambiguation. The overall goal for Tap Disambiguation is to help players to select individual tappable options, such as Portals, Keys, or items, when they are very close together on the Scanner Map. Agents will recognize the solution to this in the original Ingress Scanner was a modal pop-up that appears on-screen to help an Agent specify their intention. The main challenge with bringing this to Ingress Prime centered around the view that Ingress Prime provides of the world. In comparison to the original Ingress Scanner, Ingress Prime provides a wider Map perspective and horizon view. This causes a greater variation in size for tappable objects and made the task of converting an Agent’s intended tap into a selection screen more complex. A finger can cover a lot of thing