Now that's one way to celebrate 👏👏👏

15th August .. a day of prime importance to all Indians as we celebrate our Independence Day. Opportunist Indian Resistance leaves absolutely no opportunity to conduct an operation making BAFs, having already stunned the enlightened on this same date in previous years with the likes of #BleedBlue and more.
So, continuing on our tradition we made plans for multiple multi-layered fields.

The following anchors were chosen and plans were made to liberate close to 2 billion MU from the shaper influence.
The CP chosen was 5:30 P.M (IST) on the 15th of August 2015.

8:40 A.M
Intel watchers were looking for cross links and the field was mostly clear with plans for the existing cross links in place.

10:30 A.M
Chennai Resistance team left to Puducherry for the OP.

12:30 P.M
As expected ENL executed their OP to cover Bangalore in multi-layered fields. But when they flipped the anchor portal to make bigger fields, blockers were promptly thrown to deter them and Operation Fireflies was pulled off in Bangalore.
The landmark #OperationFireflies, India’s first ever all-women operation was a huge success and kudos to the agents in Bangalore for the blue cover. https://plus.google.com/104404370545779744516/posts/cgszdoVrsL4.

1:30 P.M
A seemingly innocuous small cross link popped up near Yelagiri, which threw the wrench at the Layered Field 2 plan blocking all links from Puducherry to Satara. The crosslinked portal was a good 3 to 4 hours away for the nearest Resistance agent. The blocked field was about to generate at least 1.5 billion MU and the 3 hour trip to Pondicherry by Chennai Resistance agents was about to get wasted. The Layered Field 1 was much smaller with less number of layers.

2:30 P.M
Quickly, the Intel watchers and field agents improvised the plan and began to look for ways to salvage the OP. Keys were tallied and there was an opportunity for a mid-sized field among gazillion cross links. Combining the two field plans a set of new anchors were chosen Bidar - Puducherry - Kolkatta with plans for about 6 layers.

4:30 P.M
Meanwhile crosses from Rajahmundry were meant to be jarvised by @godassasin luckily a local Enl attacked the same portal and took those down for us saving a virus for us. Hyderabad Resistance agents reached Bidar Fort and began to prep the portals for linking. To get the required linking range it was decided to use the SBULA.
After the last minute chaos, wonky internet at Bidar one by one 6 beautiful layer of Blue fields of 76 million each went up over major cities such as Pondicherry, Hyderabad, Kolkata and Chennai.

In Kolkata, amidst uncertainty over the Op, the local Resistance had begun prepping a couple of days before the big day.
There were crosslinks from Victoria Memorial Hall which needed to go down and the Kolkata anchor was also inside the Victoria Memorial premises. Agent @horowitzski found out that Victoria Hall would be closed on 15th August for security reasons so he went all in on the 14th itself, captured the portals and kept them ready for the incoming links from the west and south. This however alarmed the enlightened beings of Kolkata, who went all haywire to an extent of linking to Andaman island in the Indian ocean, to make a blocker, they made some more blocks however we kept our calm until the day arrived.
Just few minutes before the op commenced, agent @horowitzski cleared the link from south kolkata and agent @Stallion001 travelled to Howrah to clear the blocks from west. As soon as the links were taken down field agents threw the links to Victoria and the Op had commenced.
Agents @NightWingBeyond and @Diab10 were inside Victoria Memorial Park guarding the portals and upgraded the portals with resonators and AXAs. Victoria stood through the checkpoint.


5:30 P.M
The fields successfully crossed the CP adding about 500 million MU to the global score. Not less than an hour later Chennai Enl started taking down the fields from Puducherry.

7:30 P.M
At this point of time when agents at Bidar,@Magiee n @LordSrini were supposed to take a bus back home to Hyderabad. Intel operators checked if something could be done again from Bidar before they left. They found a field possibility and quickly informed the ground agents to confirm keys. The portal at Rajahmundry had no range to link any where and yet another SBULA comes to the rescue. With @AsteroidZ promptly agreeing for the 100th time to flip his portal carrying a planned cross link, the field was up and covered Hyderabad, Vijayawada and Mangalagiri.@godassasin from Rajahmundry captured 20 million MUs with that field and it stood untouched for the next 2 days.


Trivia
Our prolific agent @Magiee completed 1 year of Ingress on this day.
@LordSrini got the black Illuminator medal thanks to the fields. 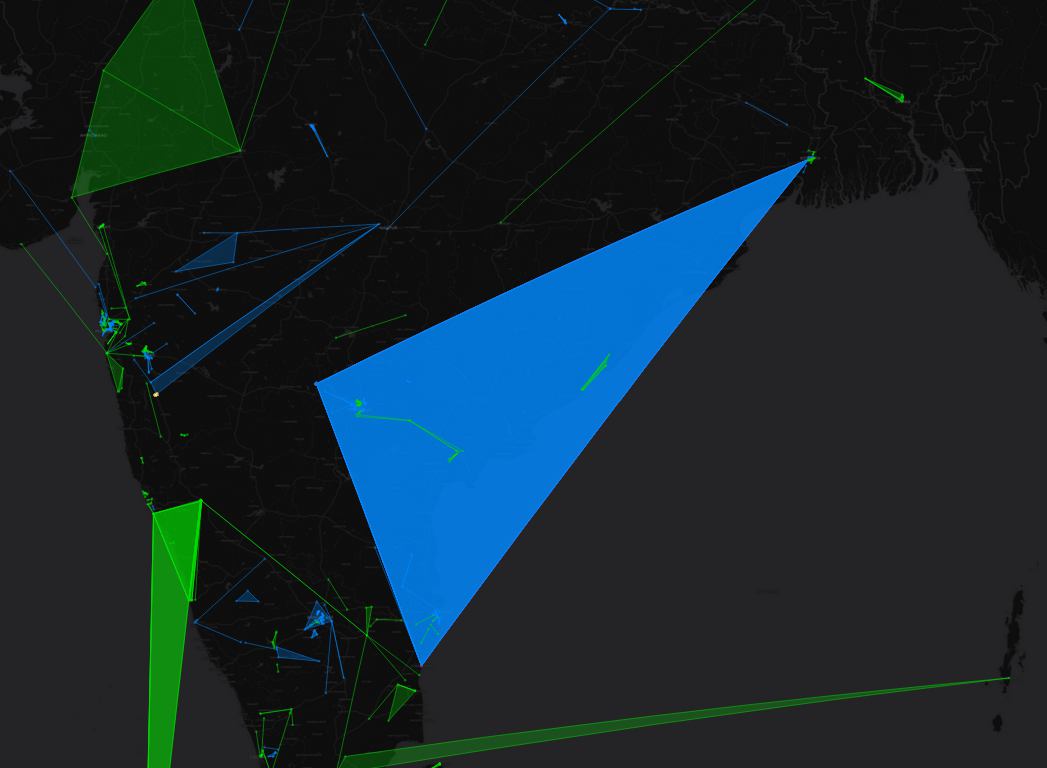 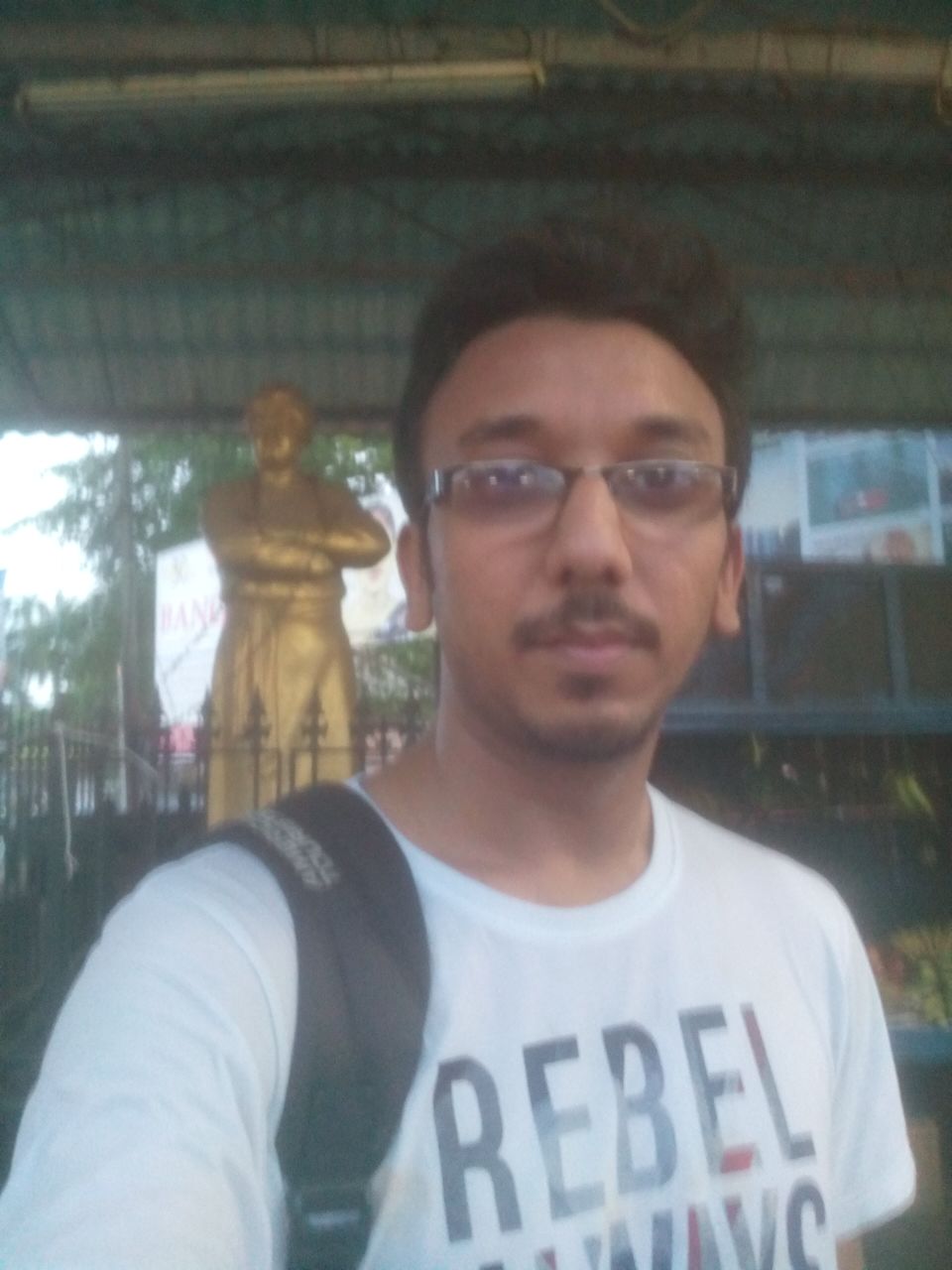 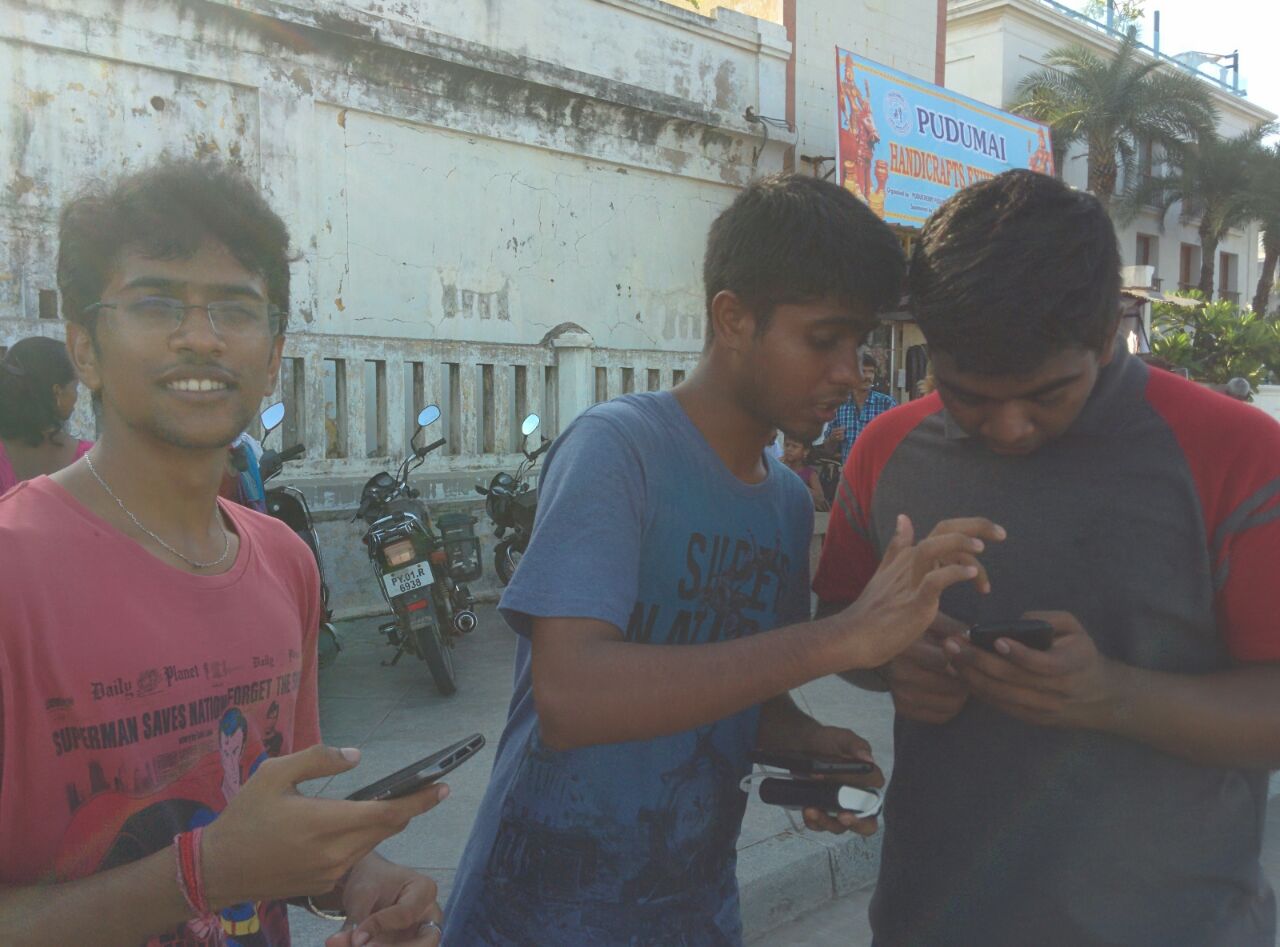 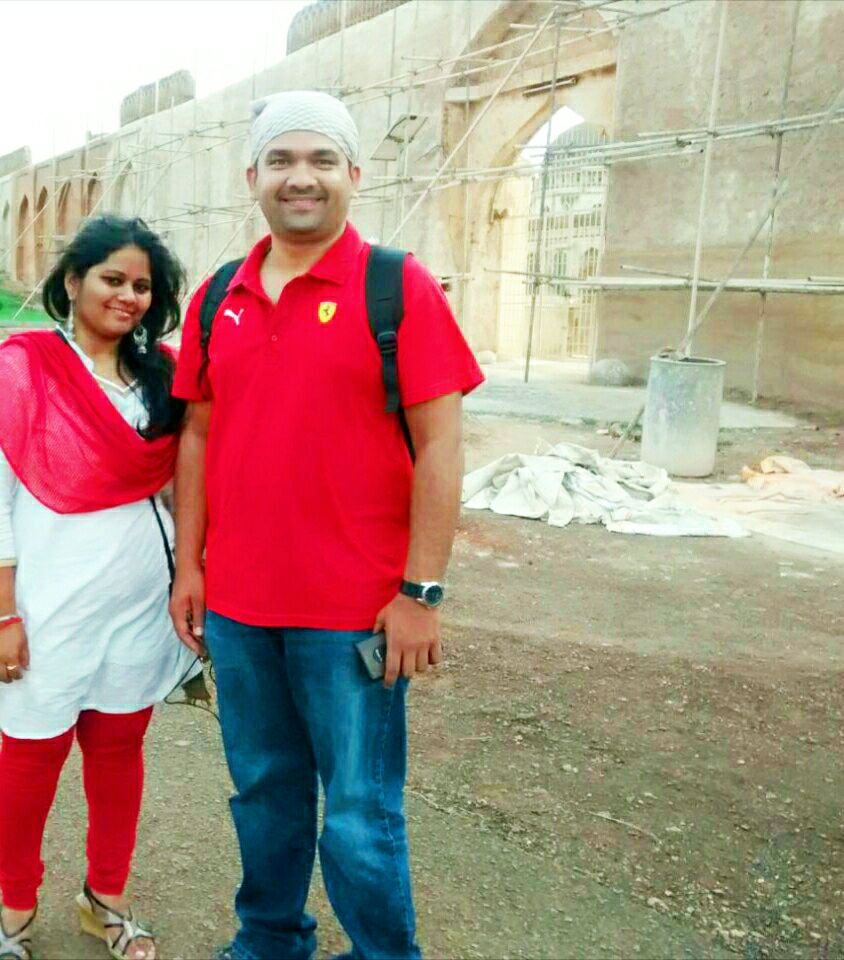 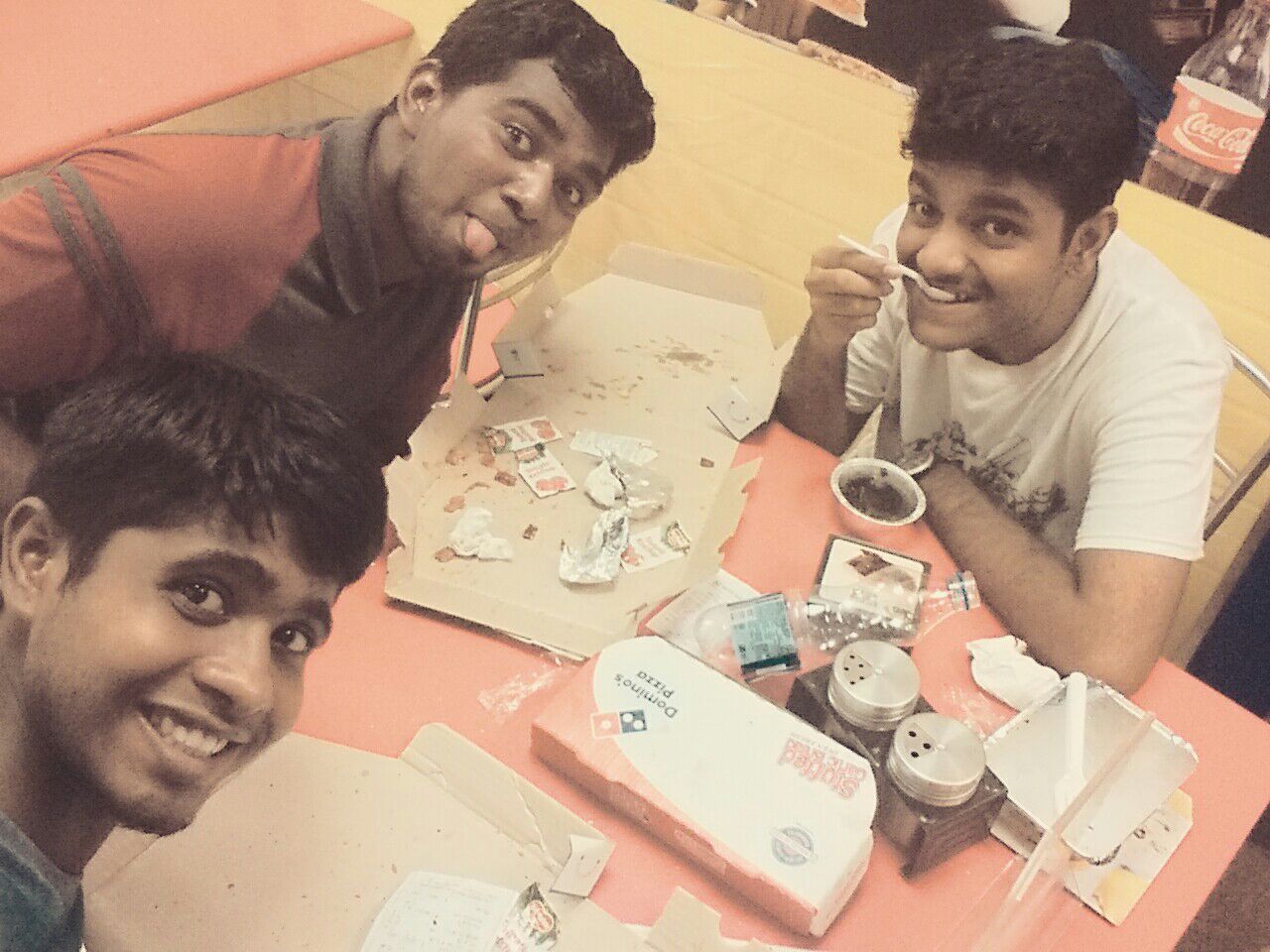 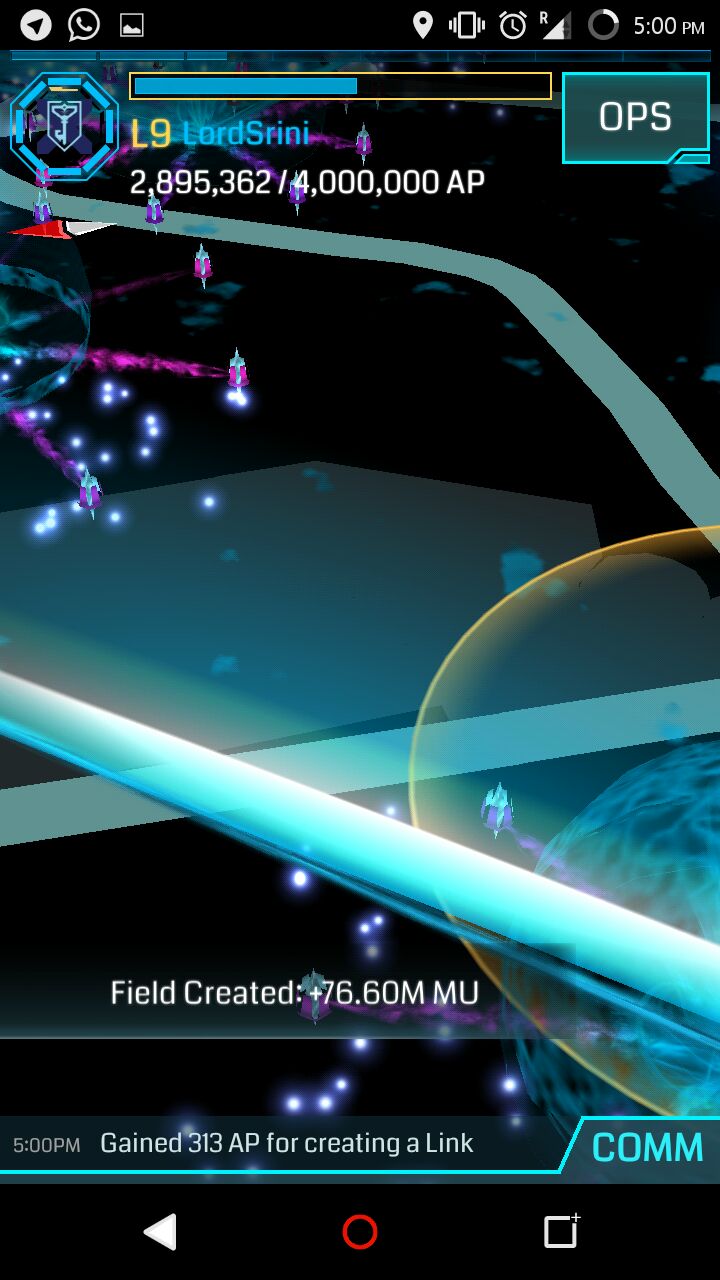 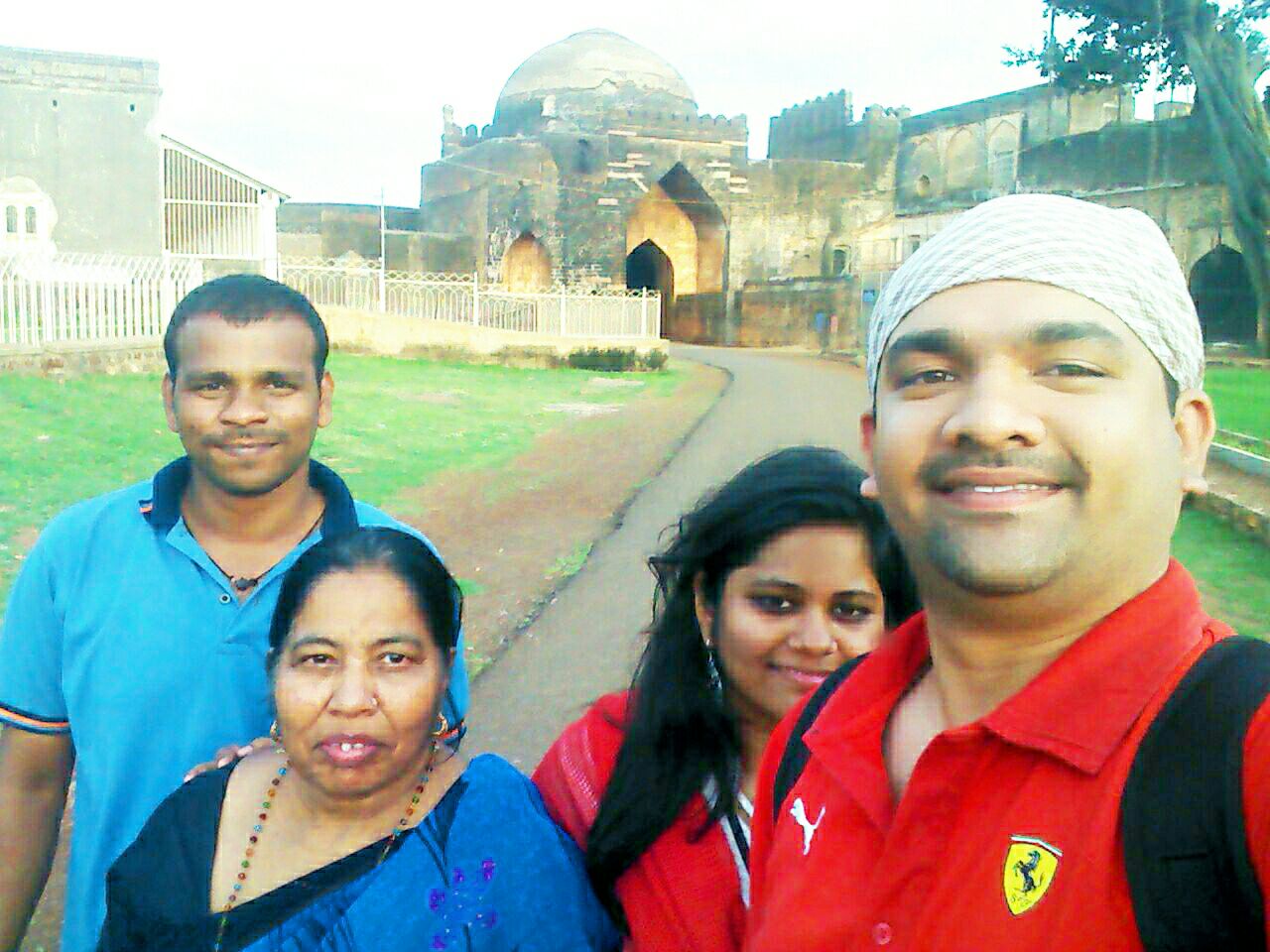 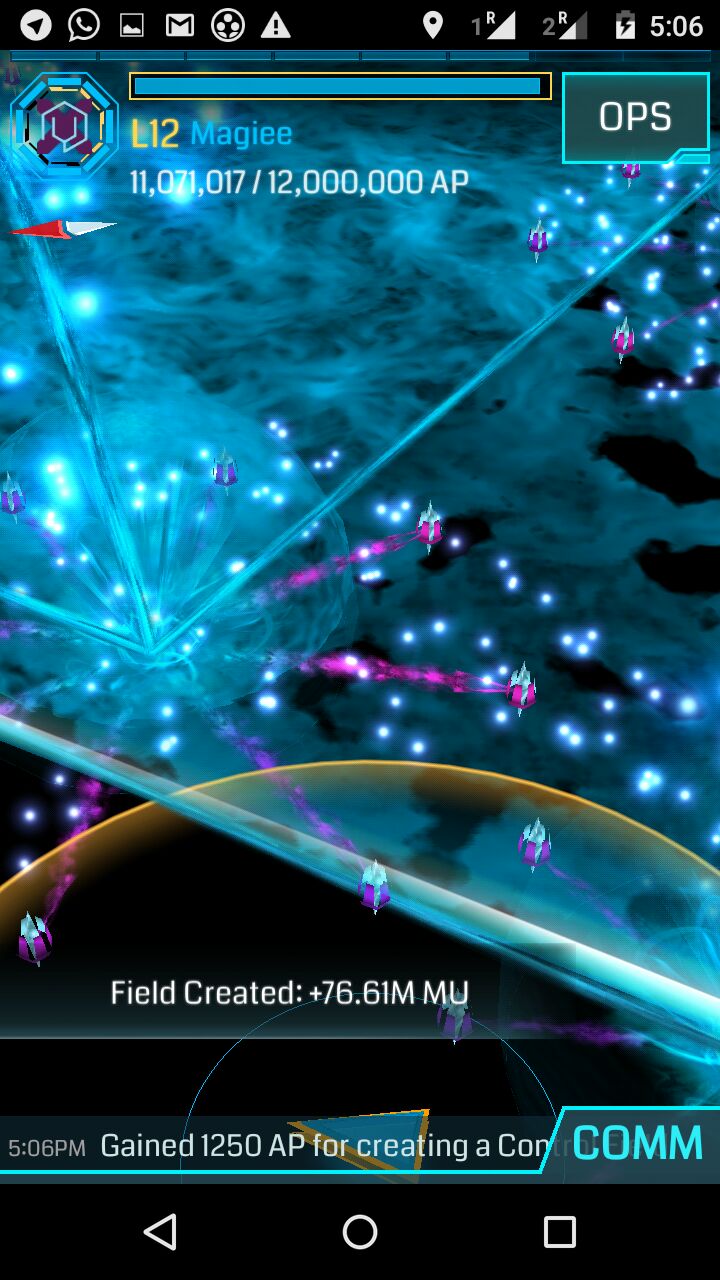 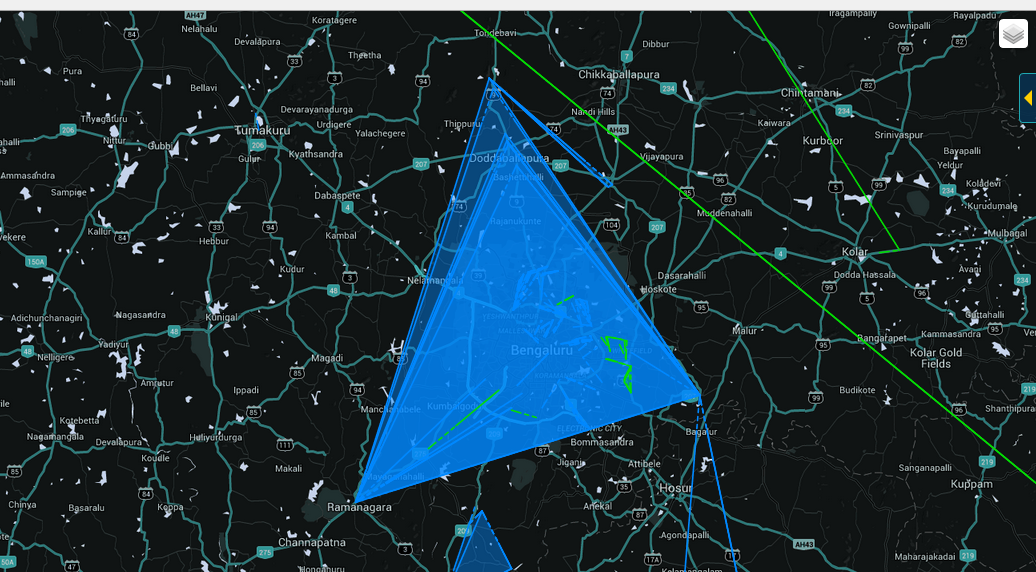 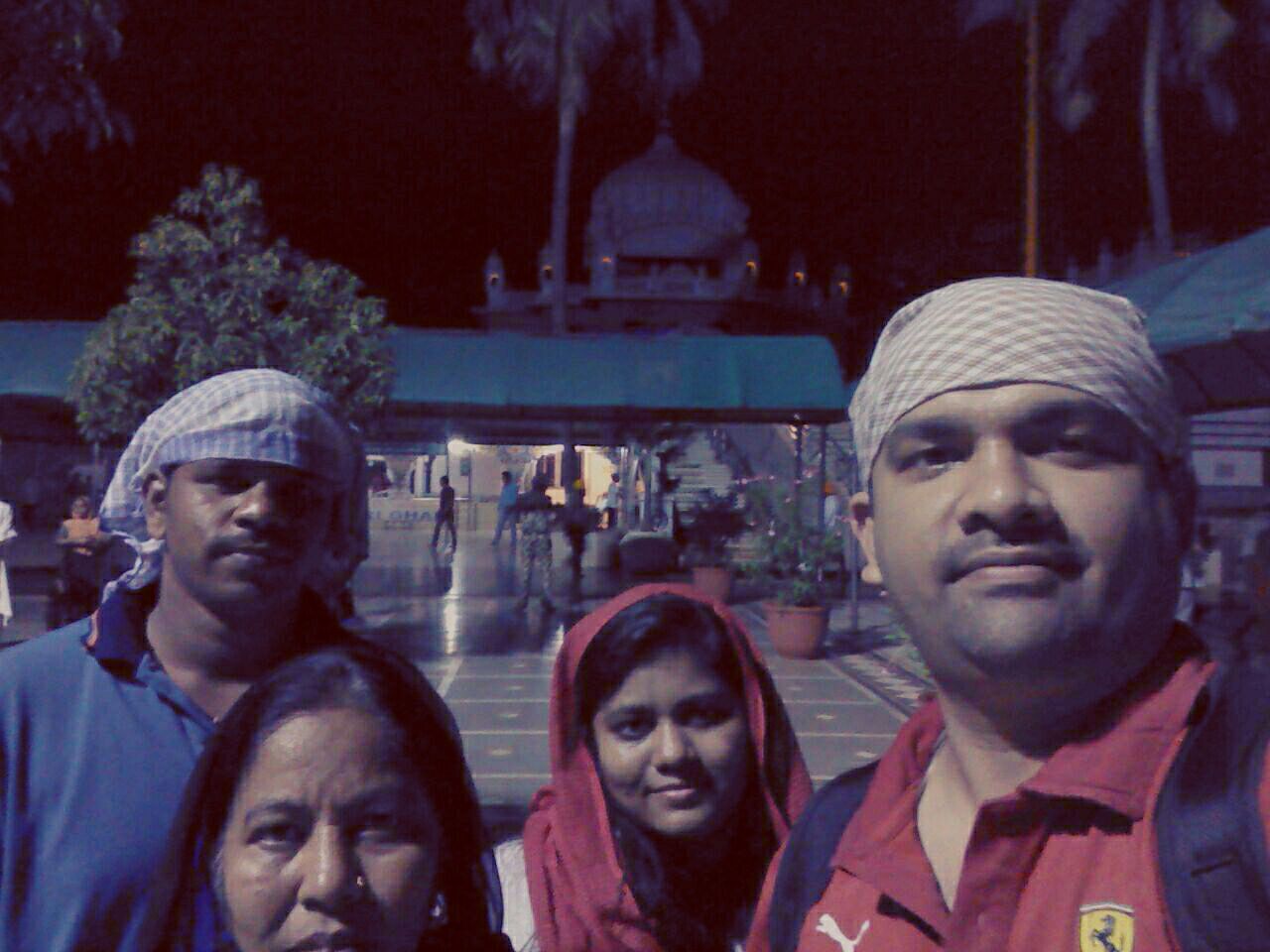 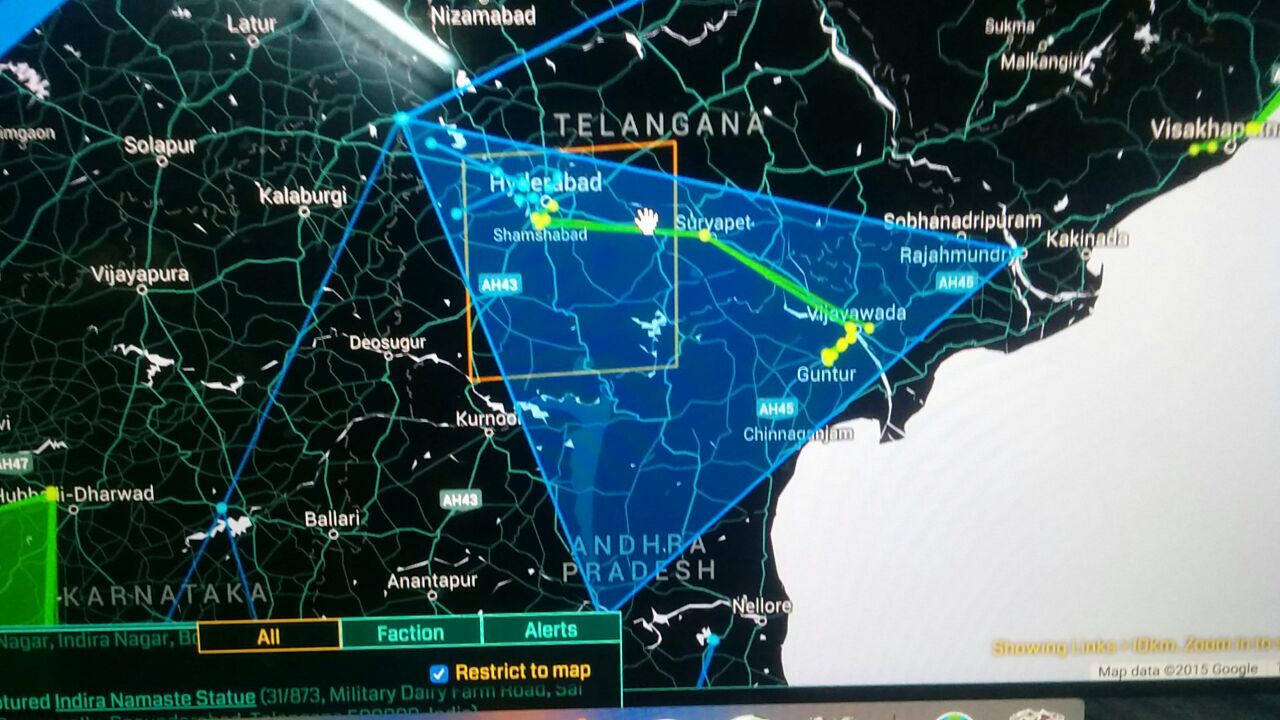 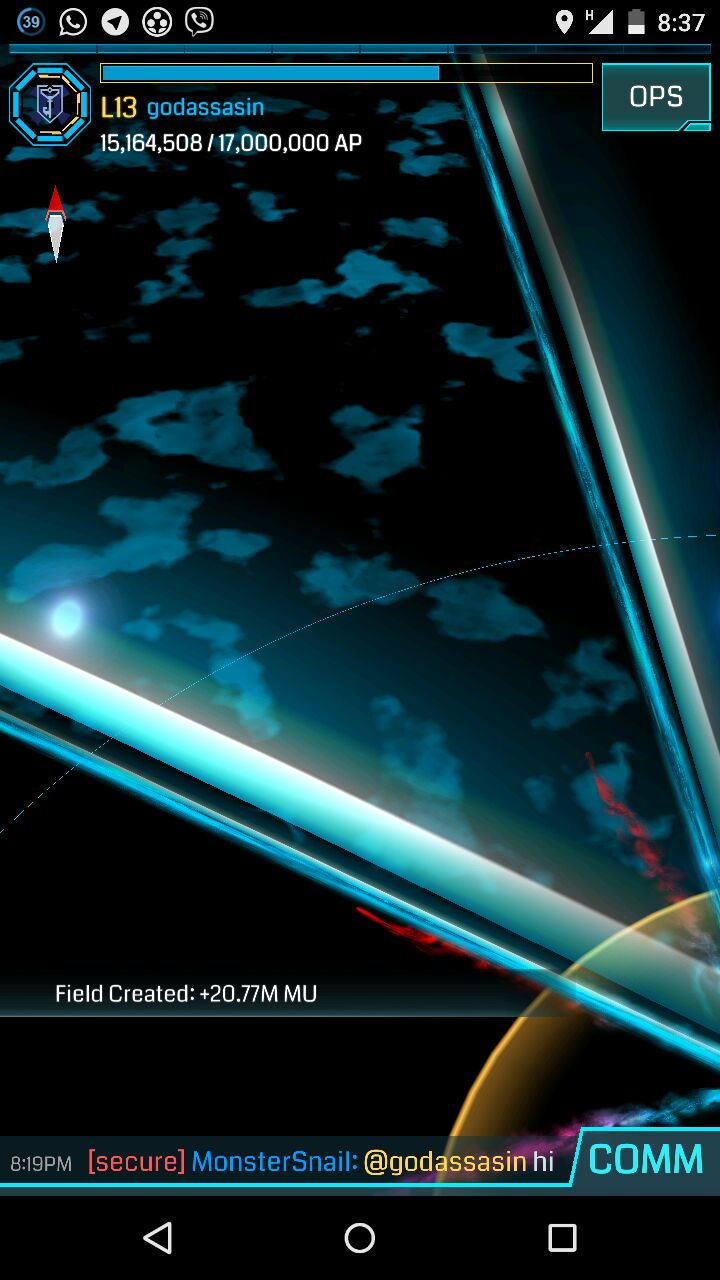 The Resistance put on a strong showing in APAC, now it’s time for Athens, Genoa, and Lisbon to enter the fray!

Originally shared by Ingress The Resistance put on a strong showing in APAC, now it’s time for Athens, Genoa, and Lisbon to enter the fray! You can follow along for raw scoring data at http://bit.ly/DarsanaPrimeScores but check here for the official scoring updates!

Originally shared by Pokémon GO Attention, Trainers: Our Water Festival starts NOW! Time to set sail and enjoy 3× Stardust for catching Water-type Pokémon. You might even stumble on a Shiny Shellder… https://pokemongolive.com/post/waterfestival2018/

Originally shared by Ingress Agents, As we continue to forge ahead with our 2019 priorities in Ingress Prime, we wanted to give you a behind the scenes look into the completion of one of our large parity features: Tap Disambiguation. The overall goal for Tap Disambiguation is to help players to select individual tappable options, such as Portals, Keys, or items, when they are very close together on the Scanner Map. Agents will recognize the solution to this in the original Ingress Scanner was a modal pop-up that appears on-screen to help an Agent specify their intention. The main challenge with bringing this to Ingress Prime centered around the view that Ingress Prime provides of the world. In comparison to the original Ingress Scanner, Ingress Prime provides a wider Map perspective and horizon view. This causes a greater variation in size for tappable objects and made the task of converting an Agent’s intended tap into a selection screen more complex. A finger can cover a lot of thing